Another weekend and another excuse to cause chaos in the kitchen.  This time, inspired by The Great British Bake Off, a BBC Food recipe was adapted to create a dozen gorgeous Black Forest Cup Cakes. Instead of using black cherries in kirsch we used more of our homegrown cherry crop, which had been cooked and frozen, and added some plum liqueur. 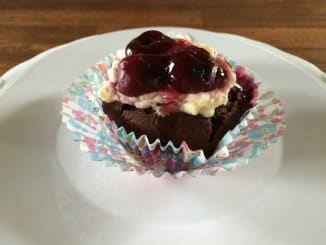 For more BBC recipes go to www.bbc.co.uk/food or visit http://thegreatbritishbakeoff.co.uk