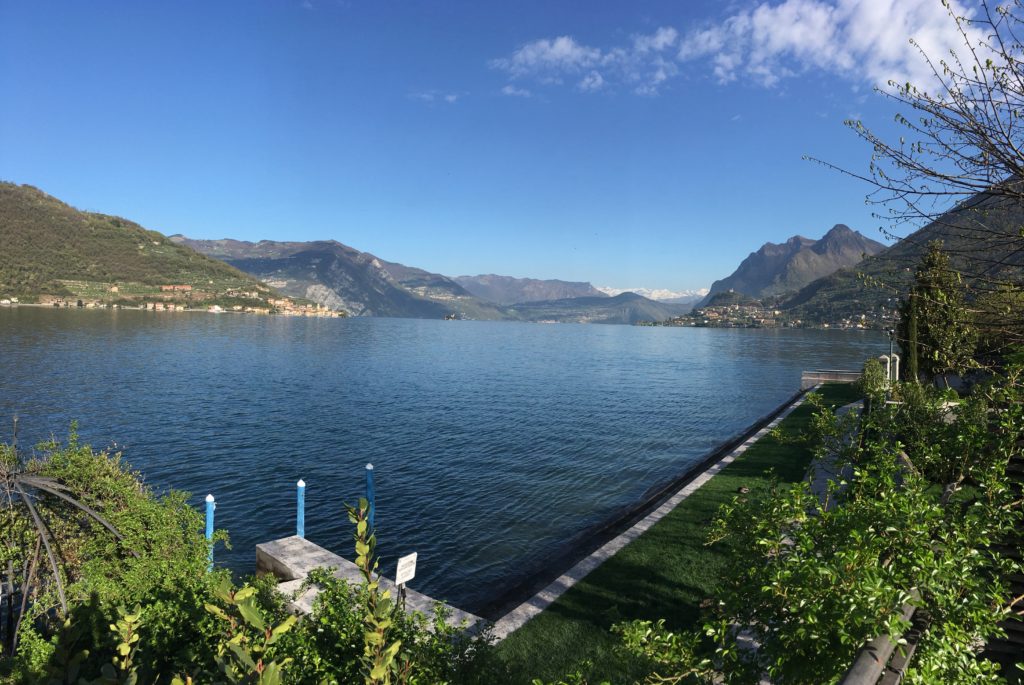 Whilst strolling along the shores of Lake Iseo in April I was struck by the decorating detail applied to the exterior of the lakeside homes.
The one below was the first to catch my attention with its perfectly symmetrical fleur de lys symbols. It was so neat that it looked as though the facade had been wallpapered.
To complete the perfectly executed design an elaborate frieze had been applied just below the rooftop.

As my walk progressed I realised that this house was not a one-off; in fact the more I wandered the more I realised that this attention to external decoration was the norm rather than the exception.
Above, this lemon walled house with turquoise shutters was elaborately decorated with two different friezes, one below the rooftop as before, and one at first floor level – both different in design.
Across the road this imposing three storey abode in pastel pink with chocolate brown shutters again boasted an elaborate lattice detail frieze.
The house next door to our accommodation was in the middle of a major refurb which looked as though it was nearing completion. With its formal gardens, uncompromising perimeter fencing, and stunning temple-like roof its appearance was extremely foreboding.
The cream painted walls were the perfect backdrop for the grey-green shutters and delicately detailed frieze.
The house on the other side, although less grandiose, displayed a similar sense of pride in its exterior decoration. On each window ledge a bright red geranium sung out from the pared back colour scheme.

Casa Salini, our holiday home, was unique in its own right. Nestling alongside Lake Iseo it did not have a roadside aspect. Instead it was accessed via a gated garden to one side of the building.
The entrance was modest and led to a two storey flight of stairs. It was only as we ascended the staircase that we noticed the framed Sting poster with a used concert ticket tucked into the corner and as we arrived on the landing we clocked a multitude of house plants in handcrafted pots.
Stepping into the inner sanctum of the first floor it became even more apparent that the owner had a keen eye for detail.
Book shelves cleverly curated with an assortment of books and miscellany covered one of the walls whilst works of art were displayed above doors and tables.
I particularly liked the fact that each of the doors, leading to each of the guest rooms from the hallway, were painted a different colour.
Red, teal…

….magenta
….and green.
This striking combination added colour and interest to this welcoming space.

As well as the guest rooms the visitors’ lounge could be accessed from this area.

Here again, immense attention to detail had been applied to the furnishing of this room.
The natural light flooding in through the picture windows played a major part in emphasising the reflective qualities of the picture frames and glazed surfaces.
Each corner was a carefully orchestrated scene.

Sadly, I missed an opportunity to speak to the owner at length as she was either canoeing on the lake or working.  Her energy and creativity were evident in every corner of the house and garden.

Casa Salini was a true Italian inspiration and this last sentiment is one that I will take away with me. 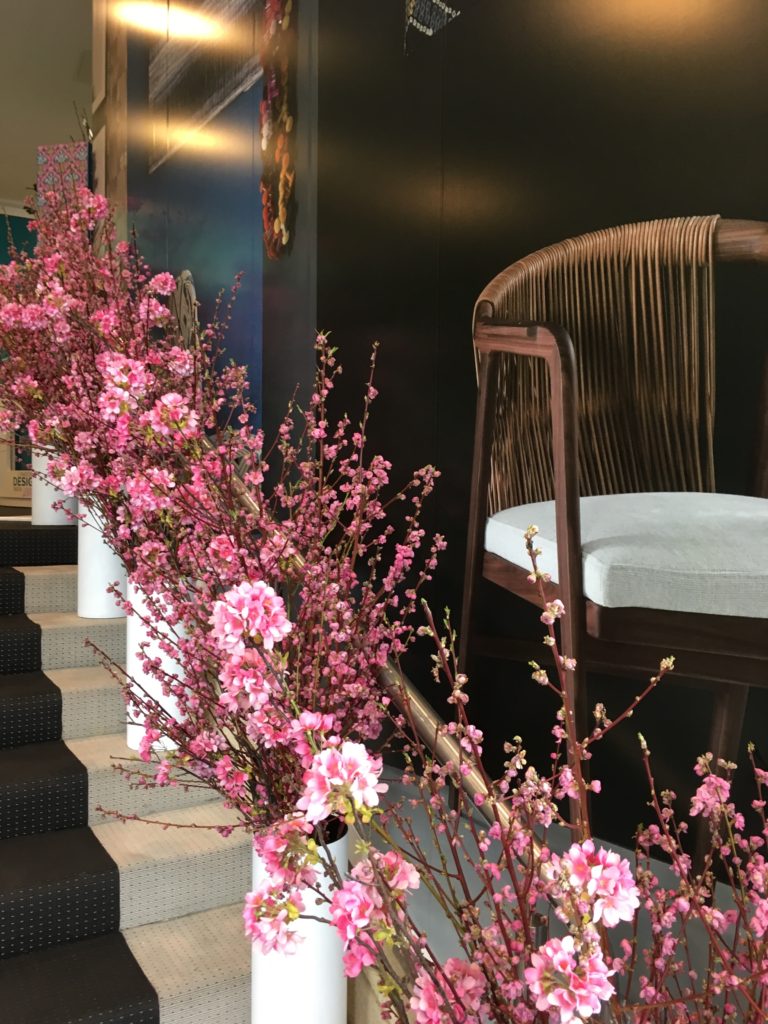 The Design Centre at Chelsea Harbour threw open its doors yesterday to this  year’s London Design Week. With a packed programme of industry leaders taking the stage in the Design Club on the third floor of… 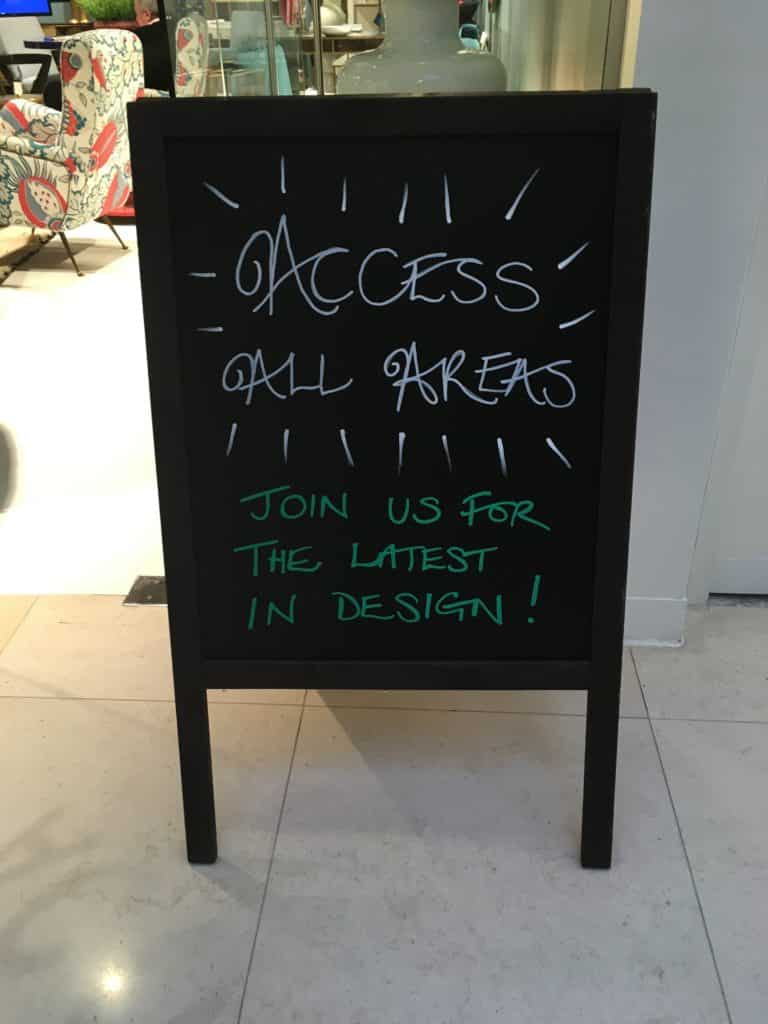 Transforming a property that has been let out and uncared for is not a particularly big ask. Working to a tight timescale and budget, however, can present an enormous challenge. This was the task I was presented… 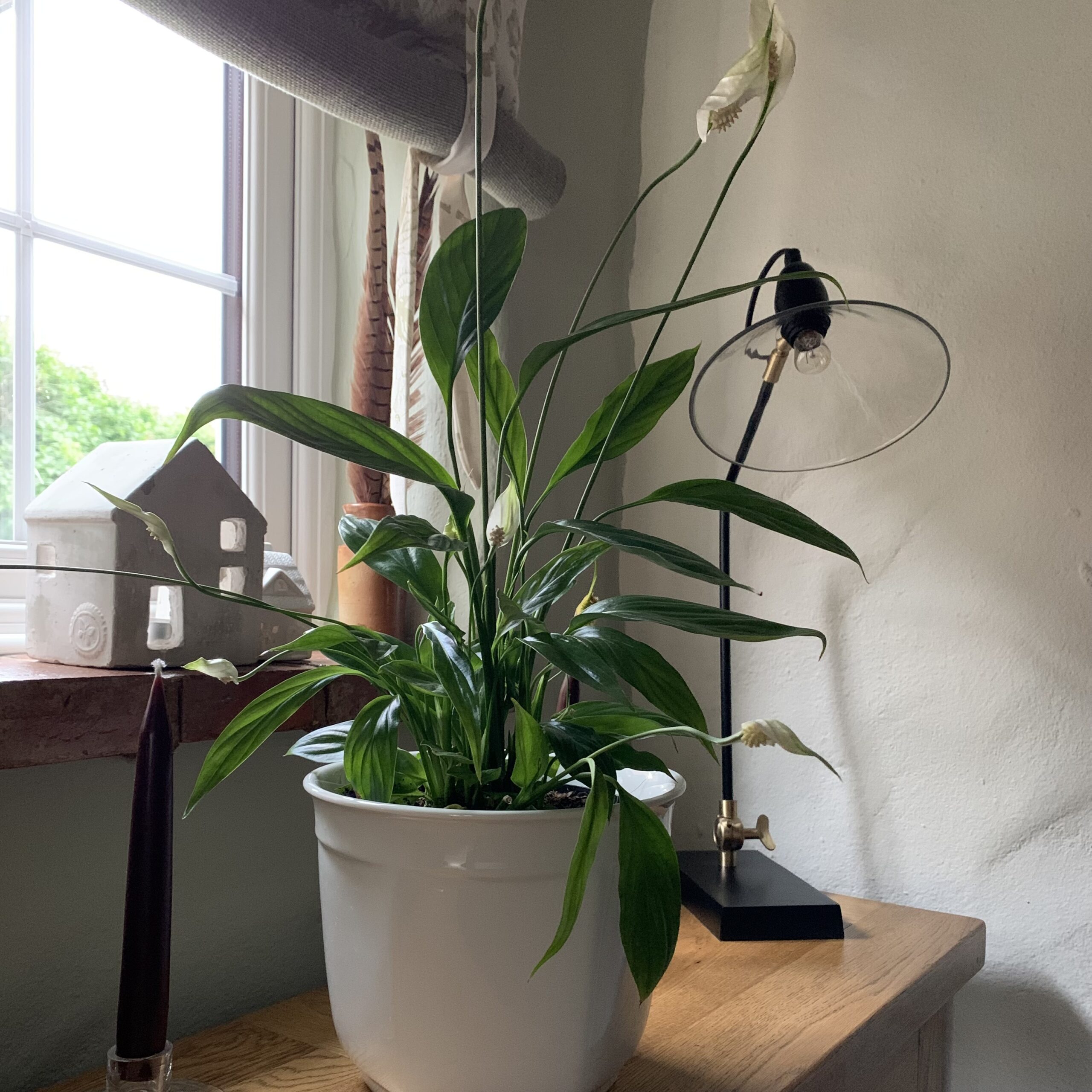 Here are my Top 10 Tips For Repotting House plants. These were compiled with the help of Growth Technology. House plants have fantastic benefits. Not only do they help to clean the air but studies… 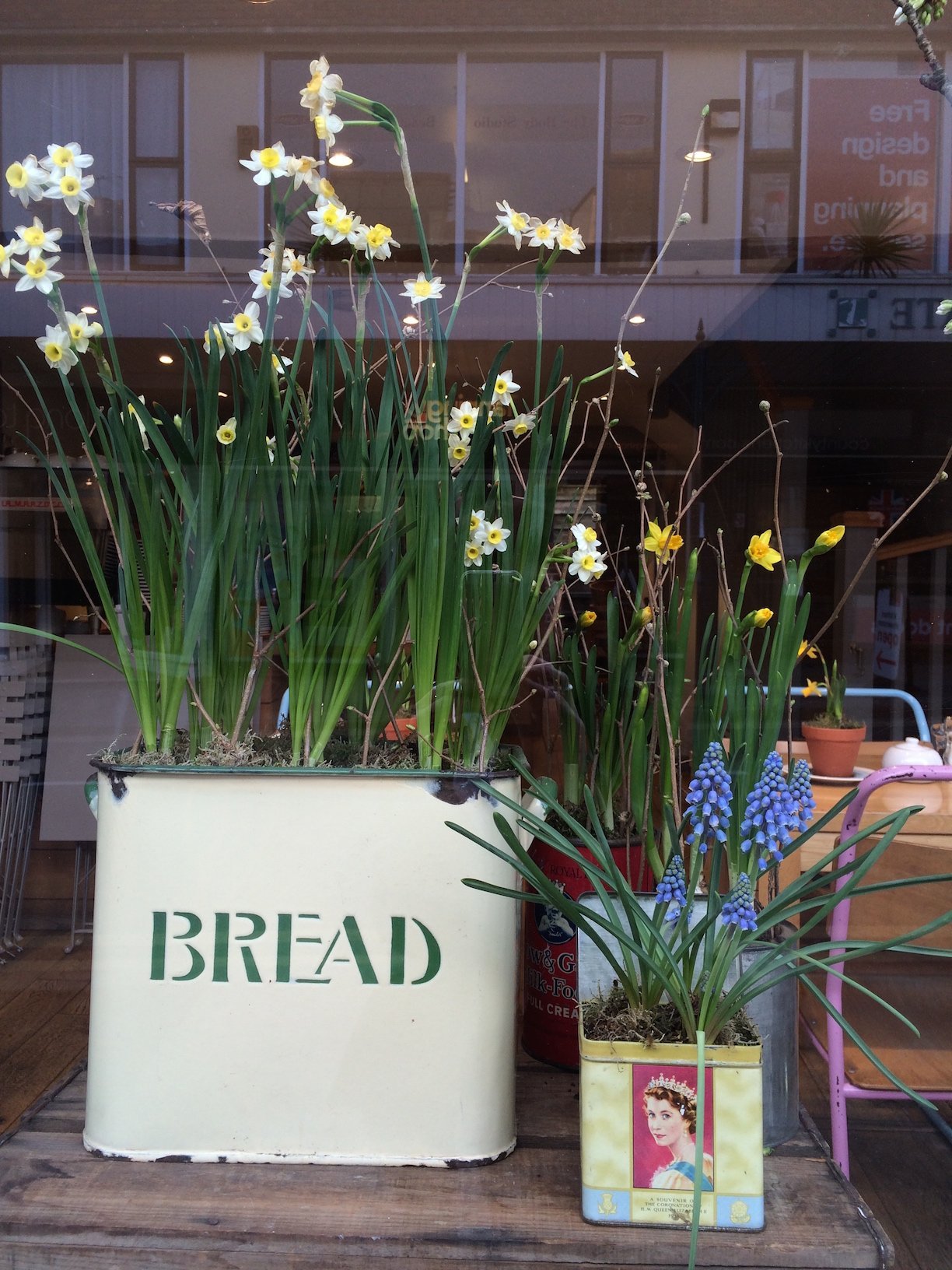 I’m sure you’re all beginning to realise that when the sun shines I head straight for the High Street and today was no exception. As I wandered through Tunsgate I was struck by the clever use of these… 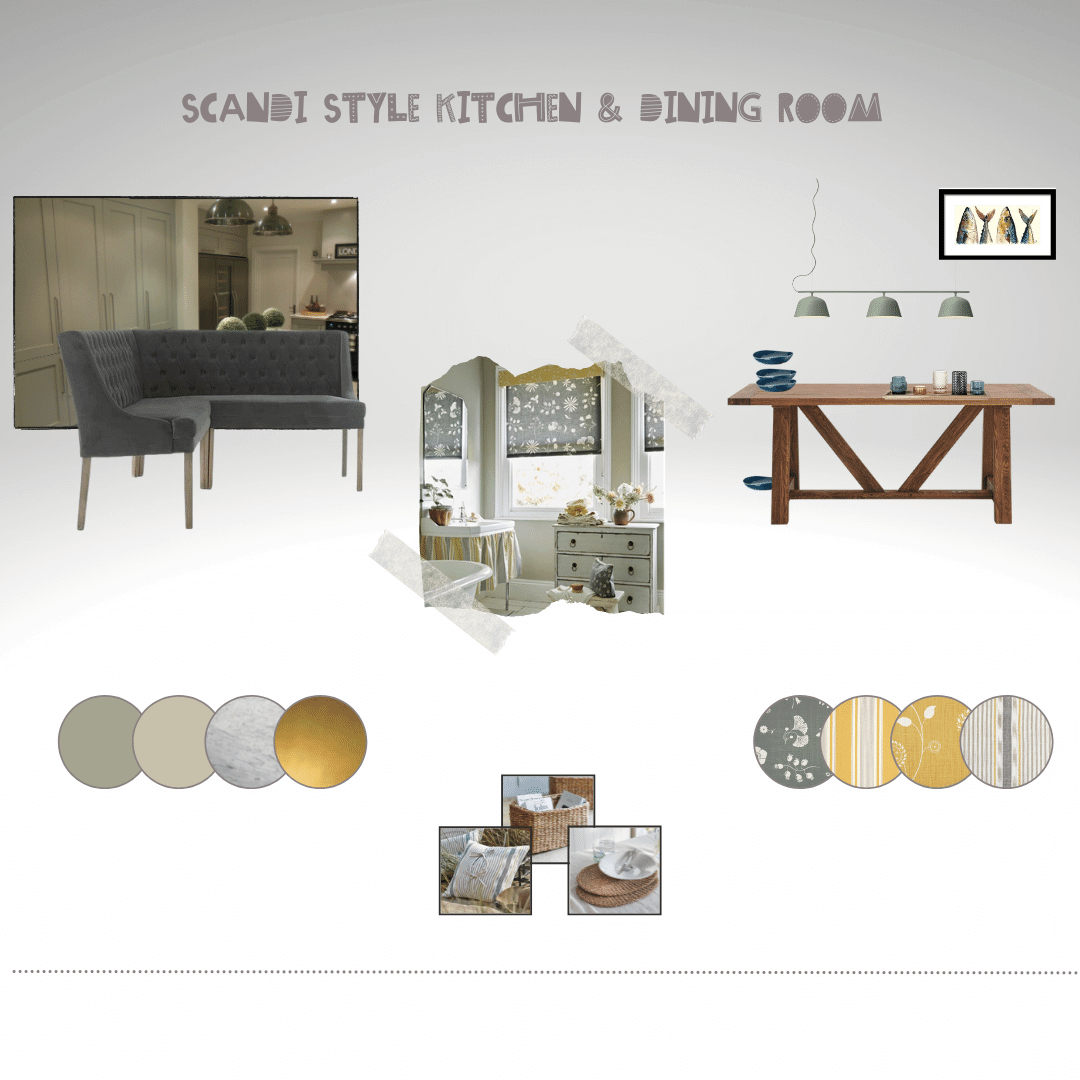 Introduction The goal of this project was to update a kitchen/dining room to add more storage and to make adding additional seating at the dining table a little easier. The client wanted to feel inspired…