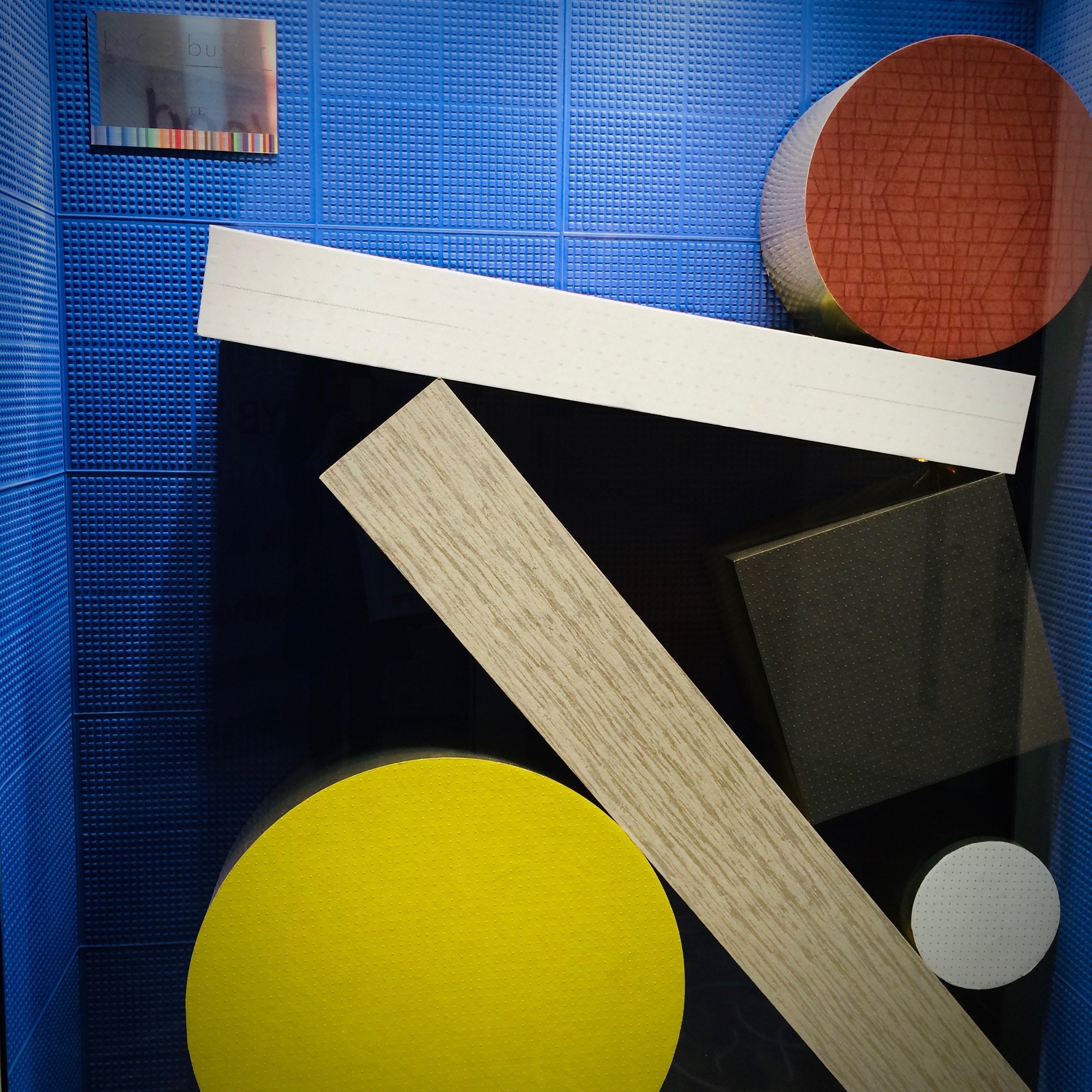 On Wednesday I pootled off to The Design Centre at Chelsea Habour for a quick update on all matters of interior design. My first stop was the Design Club on the 3rd Floor of the South Dome to listen to a talk entitled “Work, Rest and Play – Hospitality Design Redefined”. This was a conversation between three of the hotel industry heavyweights chaired by Catherine Martin, Editor of Sleeper magazine.

I was particularly interested as Sharan Pastiche, CEO of Ennismore, which owns the trio of Hoxton hotels, the newest of which I had stayed during my recent visit to Amsterdam, was talking. His focus was very much on making more use of the hotel lobby which is inclined to be dead space for much of the day. Ennismore’s thinking is to entice local residents to make use of the facility by providing an atmosphere akin to someone’s front room. The provision of comfortable furniture, free wi-fi, and refreshments from the bar or restaurant encourages non-residents to go into the lobby to work or to play. This in itself promotes the hotel and makes it warm and welcoming to other passersby. The hustle and bustle plays an important part in its public persona.  This philosophy has been adapted by many more hotels, both independent and large chains, as they realise that by unzipping some of the formal structure of the lobby space more people are likely to spend time, and ultimately money, in their gaff!

Next on my agenda was to check out the new showrooms in the Design Centre East. This wing is the home to KLC School of Design as well has the HQ of BIID (British Institute of Interior Designers). This year has seen more of the space being dedicated to specialist design practices and more showroom space. One of the major players in this space is Arte who have a fabulous display of fabrics, wallpapers, lighting and artefacts. Unfortunately, my time here was cut short as I was seduced by the smell of freshly baked cakes and coffee. Specialist design company Espresso were holding a series of demonstrations in their stupendous kitchen. I was offered heart shaped pancakes, cubes of lemon drizzle cake and Earl Grey tea. Yum!

As I was enjoying the last of these delicious morsels an announcement was made over the public address system inviting show attendees to an ad-hoc workshop. In the link between the South Dome and Design Centre East Alison Coates from KLC set up shop to give a presentation, “Ten Steps to achieving Big Ideas in Small Spaces”. The twenty-five minute presentation extolled the virtues of clever lighting, informed colour choices, scaleable furniture and nifty storage. I left with my handout and headed on to the main lobby. Here a number of well known publications, including Homes & Gardens, Wallpaper and Living etc. were offering reduced price subscriptions. I quickly signed up for a six month subscription to Wallpaper and was given three free city guides to New York, London and Paris, and a tote bag as a gift!

My last assignment of the day was back to the Design Club for a talk by the founders of Patternity, Anna Murray and Grace Winteringham, in conversation with journalist and author Charlotte Abrahams. This impressive duo talked about their meteoric rise to fame and their future aspirations. Having being brought together by their mutual interest in pattern their first venture was to launch a blog which focused on their research and has since led to global recognition.  Mindfulness has been at the heart of much of their work as they believe that by opening one’s eyes to see the pattern all around helps one to see the world more clearly. Going forward they hope to apply their passion in pattern to designing environments that are genuinely beneficial. Definitely, a pair to follow.

Today is the final day for London Design Week at Chelsea Harbour and is open to all so why not pop along. 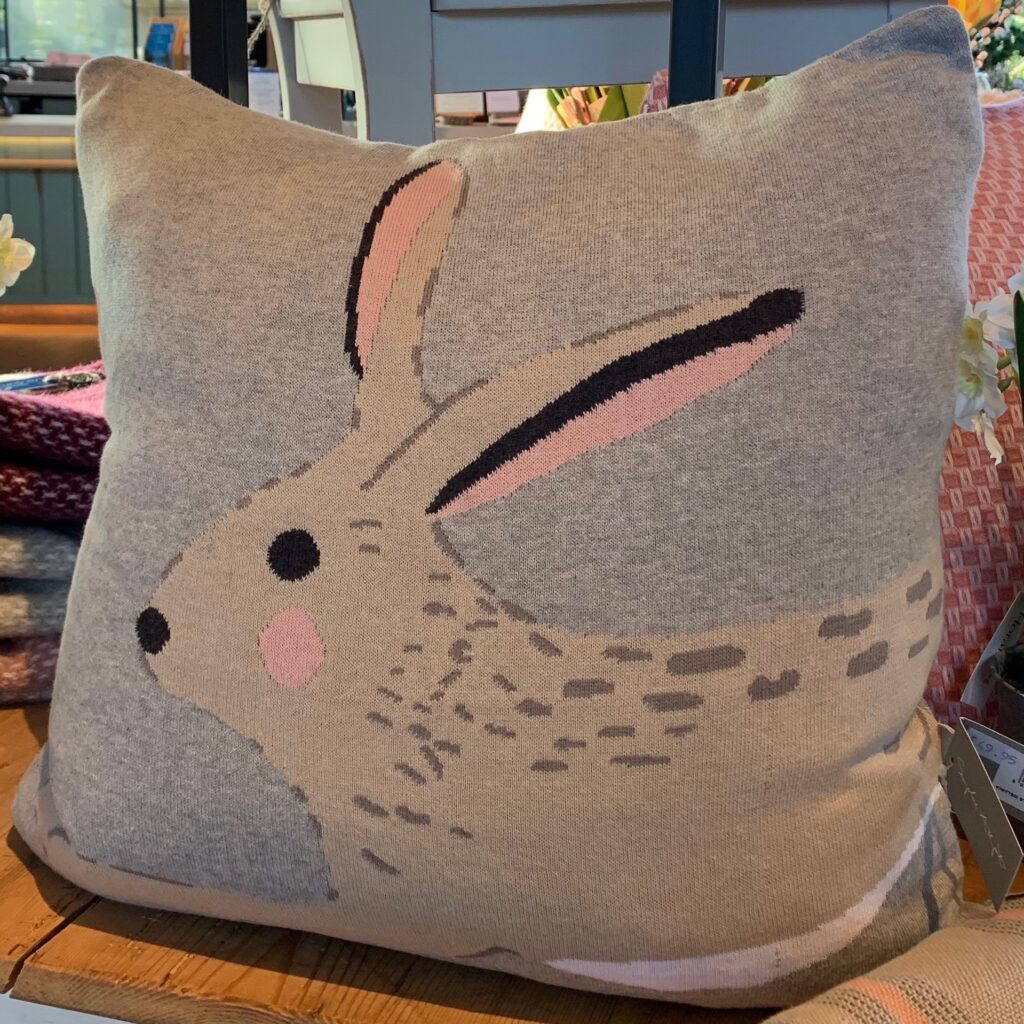 When it became apparent that I owned enough scatter cushions to insulate our entire loft I agreed that I should not make any more purchases. Despite that I longed to buy the cheeky Hare Knitted… 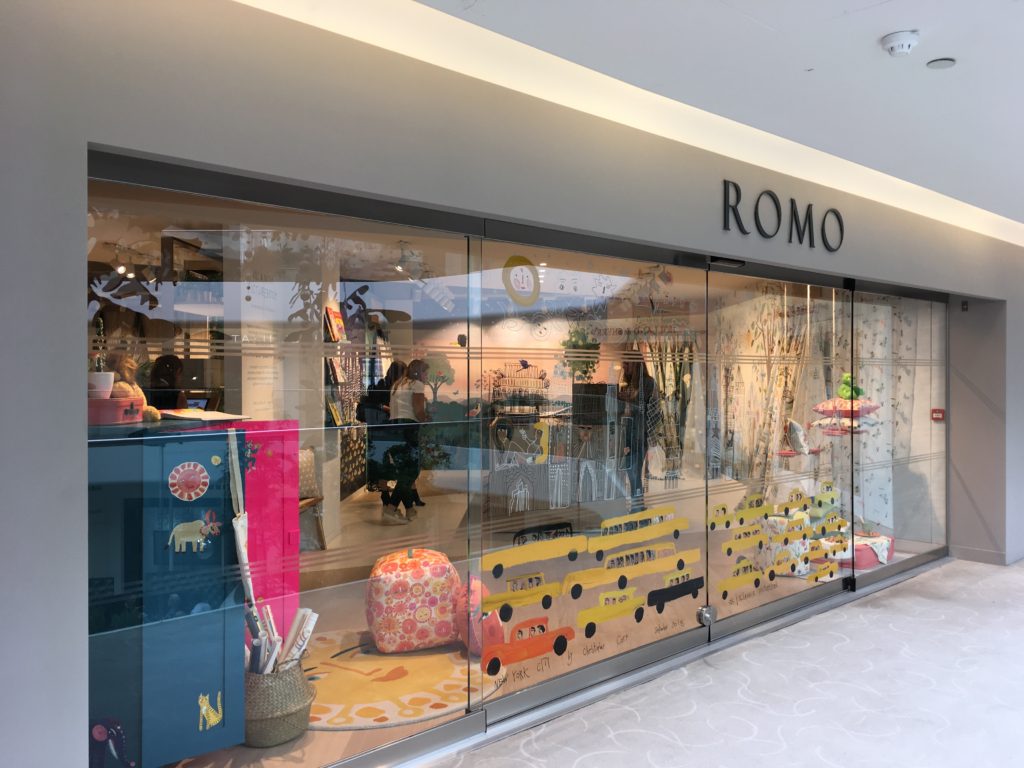 If you are looking for an alternative to unicorns and superheroes then take a look at Romo’s showroom at The Design Centre, Chelsea Habour. Situated on the first floor of the North Dome,  they have… 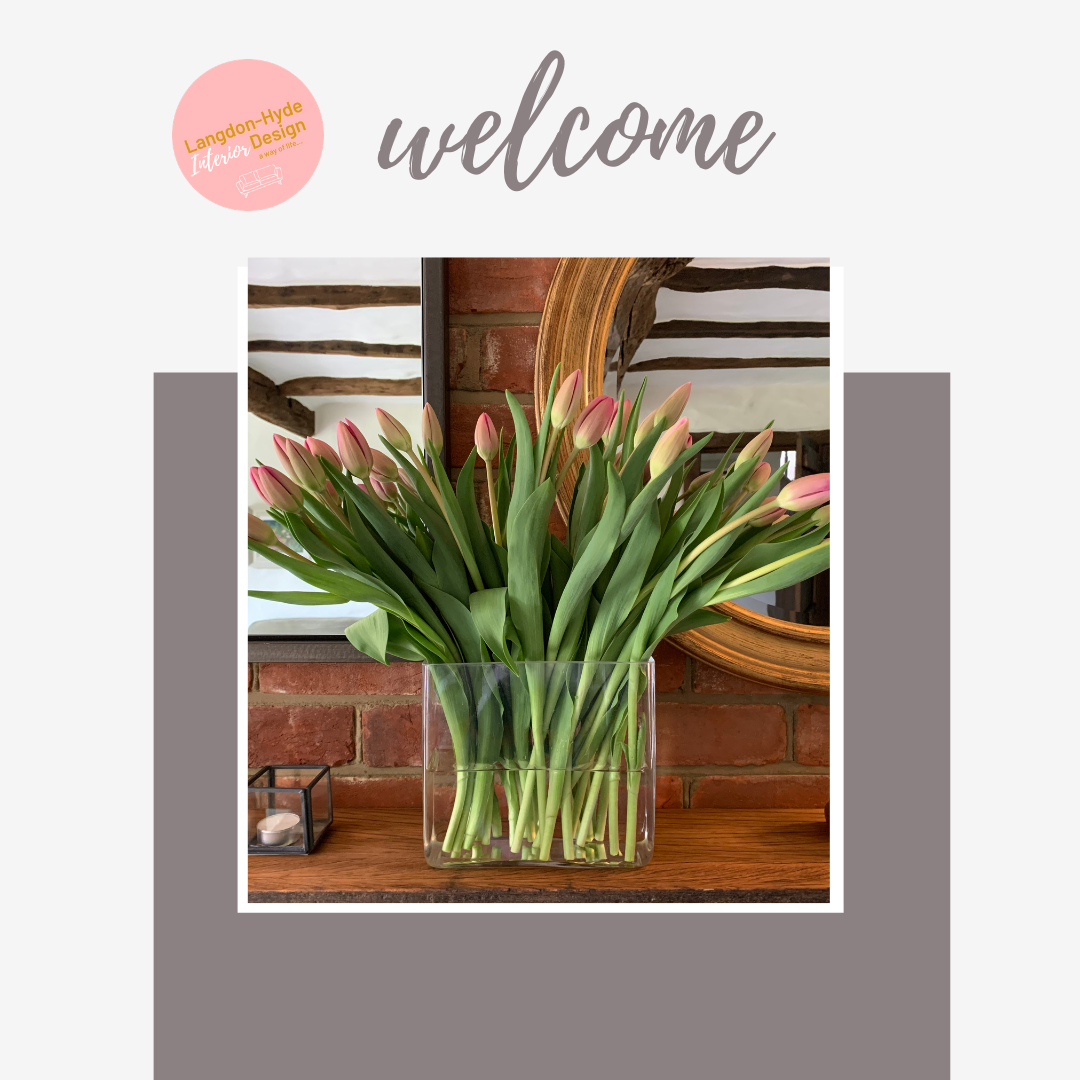 Today I am really excited to be launching my Interior Design Services. You will be able to find details in my Welcome Pack under the Services tab on the main menu bar. Here you will… 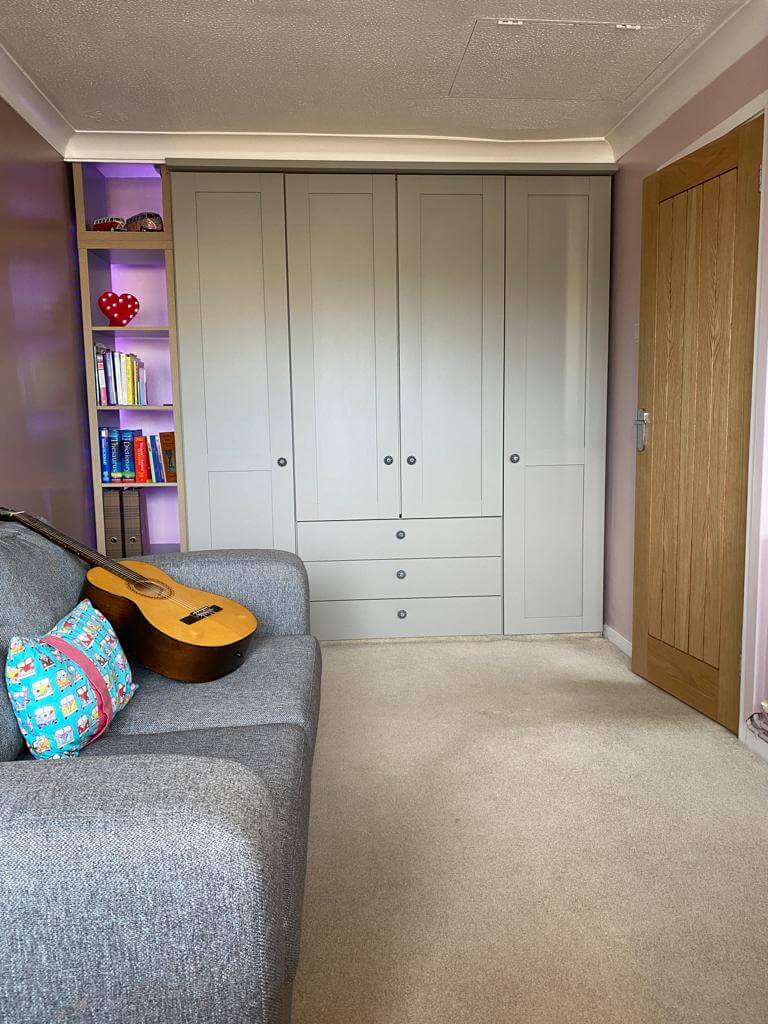 The Covid-19 pandemic forced a change to the way the world worked. Due to isolation protocols many employees found themselves working from their spare bedroom, or worse still, the kitchen table. In some instances it was both, as couples and families, living under the same roof, competed for space to carry on the day job. 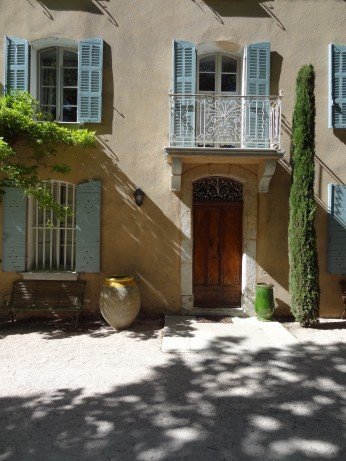 In May I was very lucky to spend a week at Bastide de l’Arc at Chateau Grand Boise in France to celebrate a friend’s birthday. This traditional luxury holiday rental in the heart of Provence was… 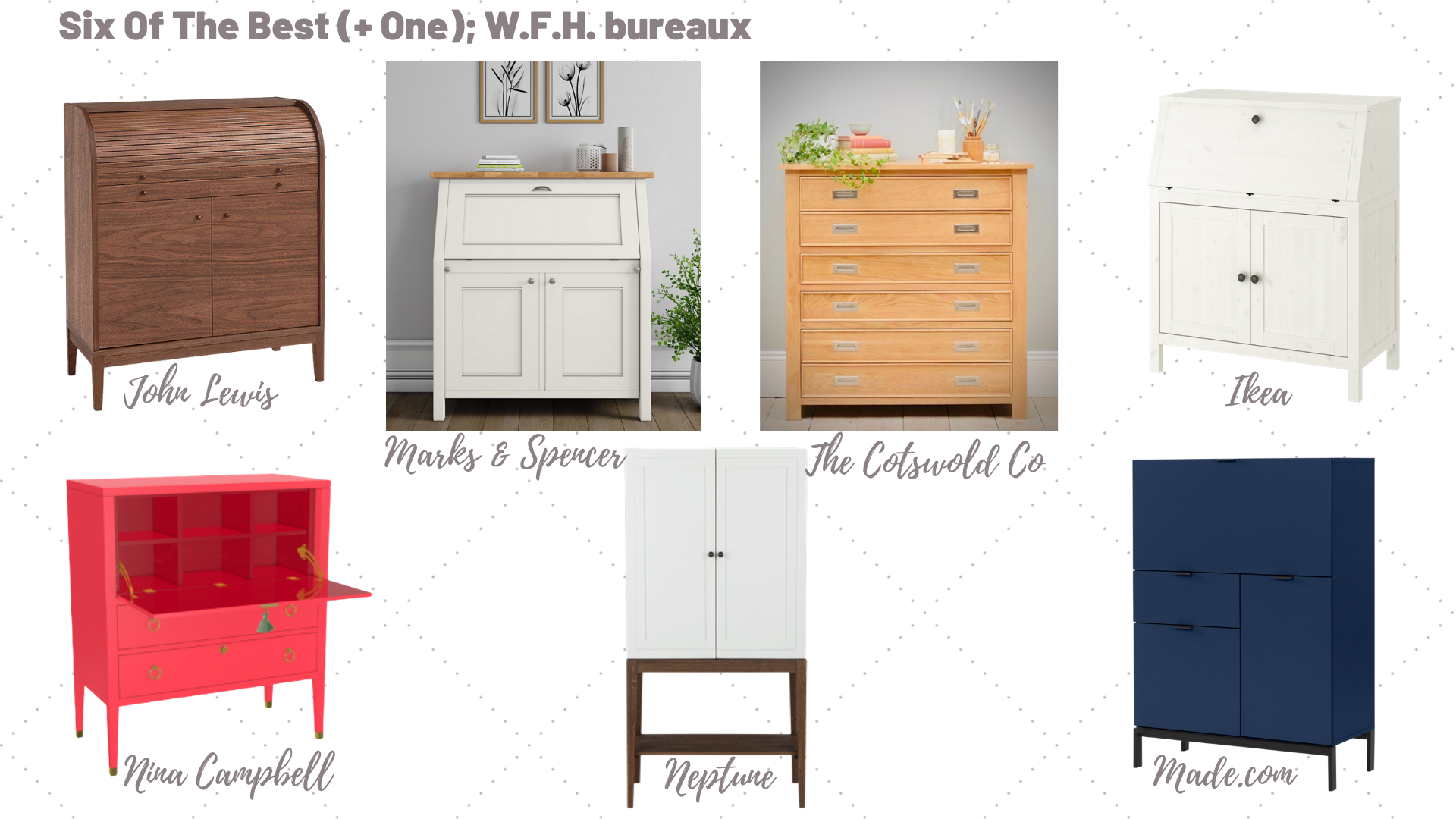 In the summer of 2017 I renovated by father’s old bureau. At the time I did not expect to see a resurgence of this iconic piece of furniture. Yet here we are in a new…