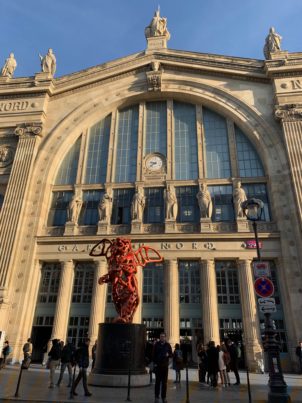 Occasionally, very, very, occasionally, when travelling abroad on business I might manage to take some time out to experience the local culture. A trip to Paris earlier this week was indeed one of those very rare occasions when my schedule allowed me sufficient time to wander the streets of this fabulous city.

I stepped out into the early morning sunshine after alighting the Eurostar at the rather grand Gare du Nord. After a brisk 30 minute walk criss-crossing the city I arrived at the Royal Palace Gardens.

Here I was struck by the perfect symmetry of the avenues of trees. Bereft of leaves or blossom they looked particularly stark against the bright blue sky but perhaps even more regal because of the contrast.

Considered to be the most beautiful gardens in Paris I marvelled at the stunning architecture which enclosed the grounds. These striped black and white cylindrical plinths which rose from the ground like sticks of Brighton rock added a touch of informality to these paved areas.

Striding out towards the river I marvelled at this stunning arch with the horses and chariots atop galloping out into the wild blue yonder.

My next port of call was La Louvre gallery situated on the Right Bank of the Seine. Prior to this visit I had only ever been able to marvel at this magnificent structure from the back seat of a moving vehicle.

The controversial pyramid entrance was part of an overall modernisation that took shape in the mid-1980’s. It’s design was the brainchild of Chinese architect I.M. Pei who was appointed by former French president, François Mitterrand.

The gallery, one of the largest in the world, houses one of the finest collections of art including the infamous Leonardo da Vinci’s Mona Lisa.

She wasn’t the only beauty on display. Another that caught my eye was this portrait by Goya.

It was only as I was leaving the Louvre that I learned that it had been built on the ruins of Louvre Castle which was eventually demolished in stages to make way for the palace.

Leaving this cultural hub behind me I hailed a cab to take me to the Basilique du Sacré-Coeur de Montmartre. Here I took in this incredible panoramic view of the city of Paris.

In and around the immediate vicinity there are a host of coffee shops, bars, restaurants and shops, all vying for the tourists’ trade.

Inside this chocolate coloured facade was a whole host of colourful cookies in beautifully illustrated gift boxes.

This tower of pastel coloured macaroons took the biscuit!

A little further on the competition was selling a selection of freshly baked bread whilst street artists were busy plying their trade.

As the afternoon drew to a close a walk to the bottom of the hill took me past the much talked about Moulin Rouge. Sadly there wasn’t sufficient time to take in a show as my exploration was coming to an end.

An early evening stroll back to the Gard du Nord was all that there was between me and my return train journey home.

Sitting aboard the train it is apparent why this city draws so many visitors. Its colour, scale, spatial planning, and a respect for the past makes it a joy to visit. 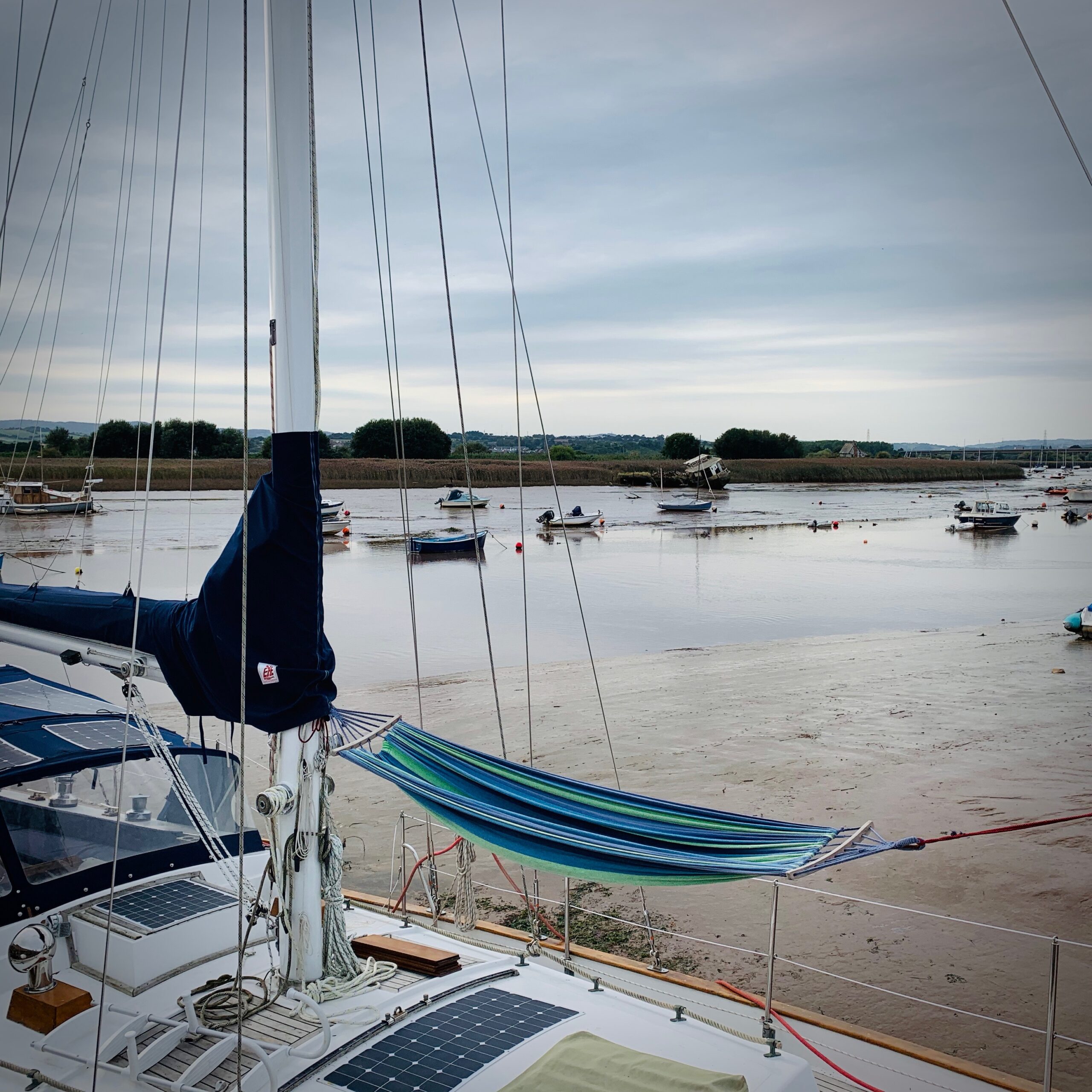 Have you discovered the top shops in Topsham? If you like interior shops it is certainly worth a visit if you are in South Devon. Strolling along the length of Fore Street you will find… 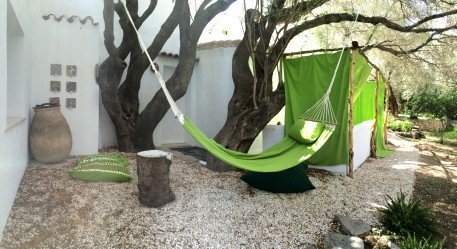 I have just returned from an amazing stay in the Sardinian mountains.  Hotel Su Gologone is situated a short drive from Oliena in the country’s interior.  Described as an “experience hotel” and “country resort” it… 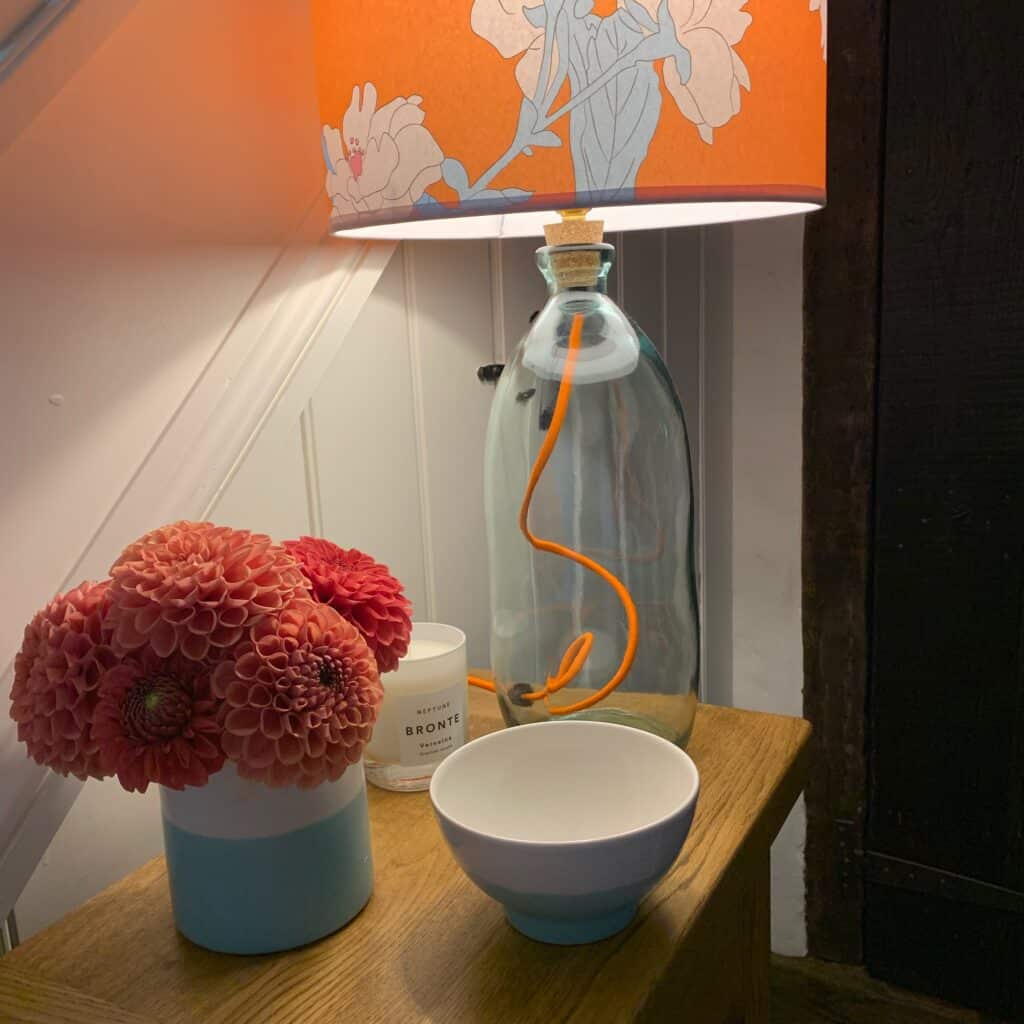 Searching for a table lamp to brighten a gloomy hall has been quite a challenge. A recent visit to the newly opened shop at RHS Garden Wisley provided the perfect solution. Here on display was… 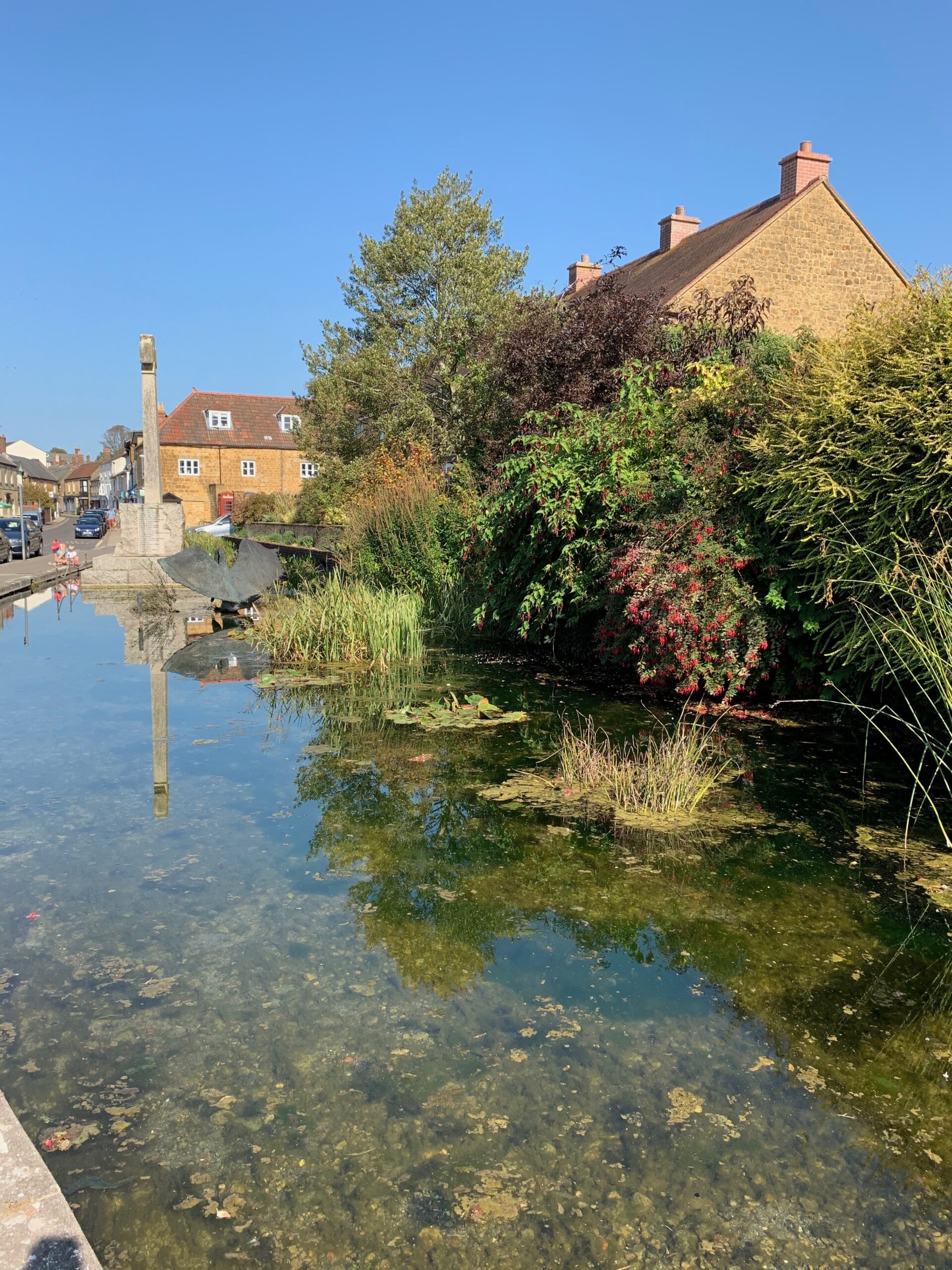 At the weekend I had an excuse to go west and visit some very good friends who have chosen the good life away from the hustle and bustle of London. This stylish couple have settled… 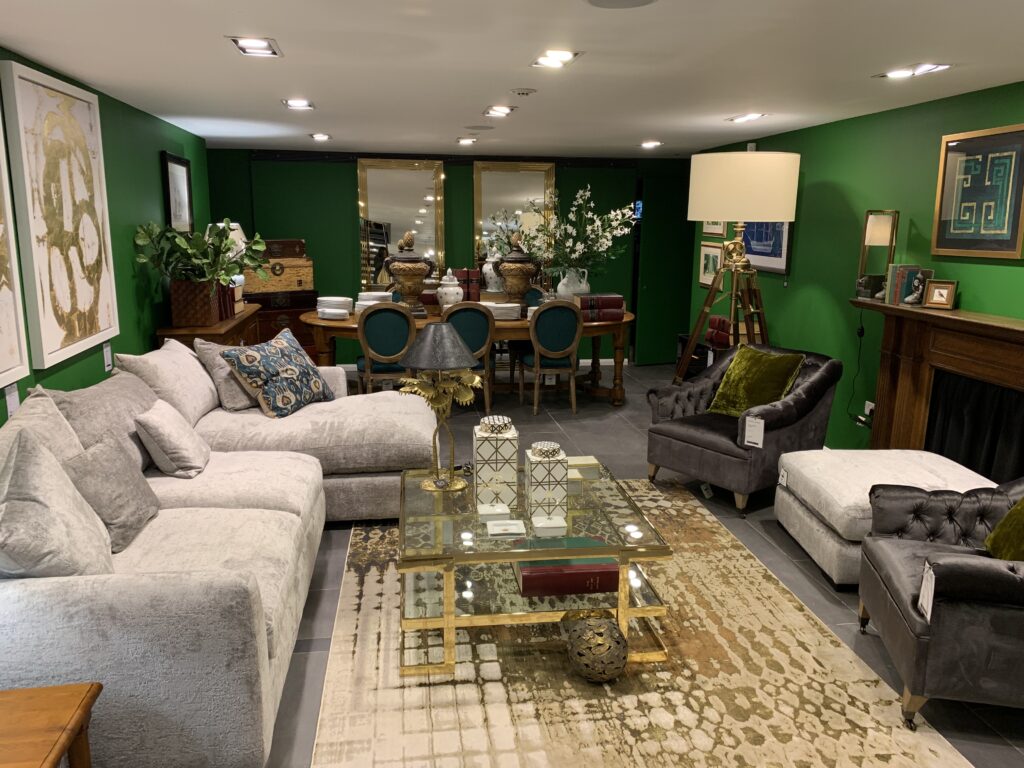 Family run lifestyle business, India Jane, has opened a new store in Guildford. Located in what was until recently, the Steamer Trading Company, the new shop is conveniently located at 168 High Street. Spread over…